Title: Moonbreez
Author: Adrienne Woods
Series: The Dragonian Series
Publisher: Fire Quill Publishing
Release Date: September 2015
ISBN: 978-0-9946641-5-0Synopsis/Back BlurbThe life or a star-studded royal has not been kind to eighteen-year-old Elena Watkins. With a Council breathing down her neck and a dragon that refuses to accept her as his rider, she must convince everyone that she is ready to rule Paegeia like her parents before her. Bust she has made a promise to her father, King Albert, that she will not go looking for him and free the people of Etan. Elena has promised to never truly fulfill her destiny.
However, situations out of her control will soon force her to confront herself and the evil that seeks to destroy her. Elena must look inside of herself to discover if she can defeat the approaching darkness, be accepted by the people of Paegeia, bring her dragon back to light and fulfill the destiny written in their stars.

Adrienne Woods was born and raised in South Africa, where she still lives
with her husband and two beautiful little girls. She always knew she was going
to be a writer, but it only started to really happen about four years ago. In
her free time―if she gets any because moms don’t really have free time―she
loves to spend it with friends, whether it’s a girls night out, or just watching
a movie. She’s a very chilled person. Her writing career started with Firebolt,
book one in the Dragonian series. There will be four books in total, including
a further two to three books, which will be stories that take place within the
Dragonian series. Her other series, Dream Casters, will be released mid 2015. She
also writes in different genres, and her woman’s fiction, The Pregnancy
Diaries, will be published under a pseudonym. And then, she has a paranormal
series by the name of the Aswang series, which will consist of about ten
novels. And if that wasn’t enough, there is another series, Guardians of
Monsters, which will be released in 2016.

Other novels in this series

Proudly brought to you by 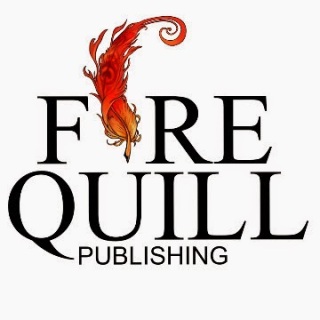