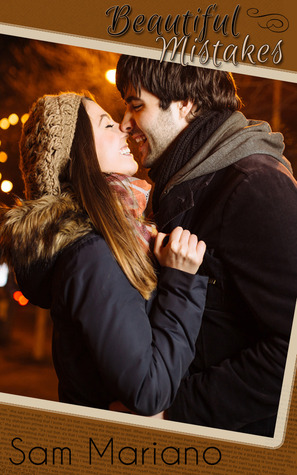 Julie Kingsley has never had much luck when it comes to men. After impulsively transferring to college in Chicago to move in with her unreliable boyfriend, a chance meeting lands Julie a job offer she can’t turn down—a nanny position caring for an adorable toddler. How hard can that be?Turns out the job is more than she expected—not because of the baby girl, but her distractingly handsome father, who makes no secret of his marital dissatisfaction.When Julie finally leaves her boyfriend, her new-found friendship with her employer crosses the line of propriety, and Julie’s whole world is shaken. Unsure where to turn or who to trust, Julie has to deal with the fallout from the decisions that led her to that point. Join Julie as she learns that, despite the pain, some mistakes are worth making. 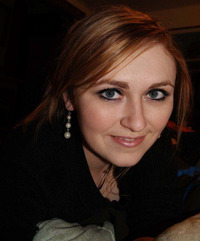 Sam Mariano is from a small town in Ohio. A former bookseller, lifelong book-lover, she is finally able to devote her time to writing books (when her toddler allows it!) with the support of her fiancé. While she has been writing for years,Because of You is her debut novel.

Holy heck people! This book is one seriously amazing emotional rollercoaster. I don’t know what’s not to love about it. First off, let me start by telling you guys how much I adore Sam Mariano. I read and reviewed her first novel, Because of You and I fell in love with it. She is an amazing storyteller and just a pretty cool person in general. So of course, I jumped at the chance to review Beautiful Mistakes, without even knowing what it was about. I was pretty much sold on the fact that 1) Sam wrote it, 2) It had an awesome title and 3) It had a pretty cool name. So I went ahead and read it.

And I was wowed.

Sam has this way of putting words on a page, that make you feel like you are a character in a story. Hell, I pretty much lived inside this book while I was reading it. It was so good. Our heroine is awesome, though she does make some pretty dumb-ass decisions, but of course, at the age of 18, all of us made dumb-ass decisions and this made the book really relatable. I was happy to see that Julie, the heroine in this story, was such a strong character. Don’t get me wrong, most books these days usually have a strong female character, but most of the time they end up relying to much on the hero in story for most of anything. But Julie, she’s different. Even though she’s basically moving from guy’s home to another and then yet another, but in her situation, I would have had to do the same thing. She’s a bookish girl, which is basically the best character anyone could write. I just love this girl.

The men in the book were amazing. Hell I totally fell for Matt’s stories. He sure knows how to trick a girl. He’s beautifully written and for a while there he sure as hell seemed like the perfect guy. Now, since I don’t want to spoil all the fun for you when you read this book, I’ll just refrain from saying anything.

I loved how the relationship between Julie and Aaron evolved. Even though I think Aaron has some issues, I think he’s a great character. Add in the fact that I completely adored him buying Julie used books when she was didn’t have anything to read, and I was head over heels. I initially thought he was a complete jack-ass, but of course I was totally swooning over Matt.

Jack on the other hand is such a big ass douche that I didn’t really see the need to have him in the story except as a reason to get Julie in Chicago. He’s the sleaziest guy I’ve read about, (he probably isn’t and I’m sure I’ll read about sleazier characters in the future).

I was a bit disappointed that the one character I found extremely interesting had so few scenes. I get that the book is about Julie and her beautiful mistake but I would love to read more about her. So please Sam, satisfy me and write me an Emma story.

Oh man, did I mention the sex? The way it  was incorporated into the story was very classy. I mean there’s not a lot of it, but it’s definitely there and it’s definitely beautifully written and very refreshing.

I pretty much loved this whole book,and like I said it’s an emotional rollercoaster. Most of the time I didn’t know whether to laugh, cry, bite my nails or hold my breath. I know I’ll read this again and again. I really recommend you read this one, because there’s a few life lessons in it that I’m sure most of society could stand to learn.

Since my book is titled Beautiful Mistakes, I thought an apt subject matter for this guest post would be just that—mistakes. We all make them, particularly when we’re young, but in the overall scheme of things, don’t they usually end up getting us where we need to be?

When I was young I made various mistakes in life, not least of all, mixing my love life with my work life. In the end, it resulted in having to leave a job I really loved to escape a bad situation, and for years I regretted it, felt like I was playing catch-up, constantly wishing I would have done things differently.

I ended up with a couple of not-so-great jobs after I left, but then I landed a job as a bookseller at a bookstore! It wasn’t exactly a great payday, but it was something that I loved doing—and I was still in college, so I didn’t expect to make a ton of money then anyway.

Whilst working at that bookstore, I acquired way too many new books, made new book-loving friends and met my fiancé and the father of my adorable two-year-old daughter.

It was actually back in those days of old jobs and bad relationships when I first hatched the concept for Julie’s story. I remember cleaning up at closing time, the character dialogue and back story floating through my head, and then hoping that during the 45 minute drive home I wouldn’t lose any of it.

So, while some mistakes are just all bad, I think that by the time the situation shakes out, there is beauty in most of the mistakes that we make.
Hopefully by the time you finish reading Julie’s story, you will feel the same way!

You can all buy this book (and you totally should) right here:
Amazon

Or go read some awesome reviews over on Goodreads!