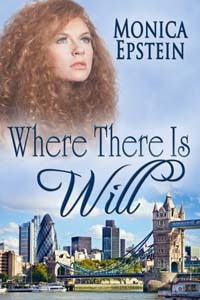 When she moves to London following her divorce, Michelle Loeser has no interest in looking for love. She needs to focus on surviving without her ex’s six-figure income, coping with a severe fear of heights, and rebuilding her confidence. And if she keeps her promise to her best friend, she’ll pursue her passion for writing too.Will Sheridan found his passion early in life. At age eleven, he was cast in the starring role in a film series. Now, at the age of 25, he’s a celebrity at a crossroads in his career. He has no time for women who don’t understand his priorities.When Will offers to help Michelle acclimate to the unfamiliar city in exchange for cooking lessons, she figures what’s the harm? But jealous fans and coworkers, eager paparazzi, and a distrustful mother see it differently. 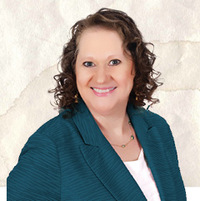 Monica Epstein writes about topics that appeal to women like herself—over 40 and nowhere near ready to throw in the towel and call it a life. Her first novel, Where There Is Will, is published by The Wild Rose Press.Mother of three, Monica lives in a suburb of Washington, D.C. with her husband, their teenage daughter, and a small collection of hats and fascinators. She dreams of being the Queen of England in her next life.

I thoroughly enjoyed this book. It wasn’t the typical romance novel, yet it was filled with romance. It was a quirky, funny read, which managed to creep into my heart after only reading it for a short while.

I loved the fact that it featured a role-reversal age gap. I’m so used to reading about the younger heroine and the older (sometimes by many years) hero. But I think Monica Epstein really grabbed onto something here. Sure, a lot of books feature a hero or heroine who has been through divorce, but for me there was just something different about this one. The fact that the protagonist in this book had been married for so long and doesn’t find it extremely impossible to move forward with her life is amazing. She manages to pack her bags and move to a whole other country. Though what lies ahead is completely to her, she goes ahead and does it. And along the way she meets and enjoys the company of one of her celebrity crushes. And hell if he’s as hot as he sounds in real life, who cares if he’s much younger? I sure wouldn’t.

I had a few moments where I laughed out loud, because the banter between the hero and heroine really managed to crack me up. The growth of both characters were well written and played out like it would it reality. The fact that the characters didn’t jump into a relationship really appealed to me. It was real and at times you weren’t sure if their relationship would progress further than friendship, but the end result was sweet and endearing.

The only thing that really bothered me was all the religion in the book. I get that Michelle is a Jew and needs to find a fitting place for her in her new community, but at times it would become overwhelming.

All in all, this book was endearing and charming and I do not regret reading it.

You can find the book by clicking on the following links: