Hi Bookishlovers! It’s turning into Autumn here in South-Africa and even though I love the cold, I don’t like the wet and after having constant rain for the past 3 weeks and only a few glimpses of the sun, I’m ready to trade in my rain coat and sweaters for a few weeks at a coastal Portuguese town. Well, of course unless the town is being used for ghastly terrorist plans. 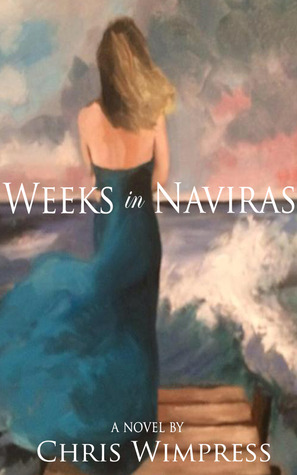 It’s late afternoon in the tiny fishing village of Naviras, where Eleanor Weeks is sipping wine and watching the ocean.

Even though she’s been there dozens of times, how she arrived that particular afternoon is a mystery to her. Until she remembers she’s the wife of the British prime minister, and that she’s just been killed in a terrorist attack.

As Ellie explores her personal afterlife, she recalls her troubled marriage during her husband’s rise to the very top of British politics. She remembers the tragedy and secrets which dominated the last ten years of her life, before recounting her role in a conspiracy which threatens to destabilise not just Britain but the wider world.

Both a political thriller and love story, Weeks in Naviras delves into the heart of a woman who sees first-hand the rise and fall of governments troubled by turmoil and crisis. 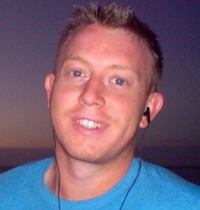 Chris Wimpress was born in Northampton, England in 1977 and read English Literature at St. Andrews and Edinburgh universities in Scotland. He has worked as a journalist for the BBC in London for many years, including stints at the political department at Westminster. In 2011 he helped to launch the UK edition of The Huffington Post as its political editor and also published his first novel, an epistolary cyberterrorism thriller called Joe is Online. This is his second novel, drawing upon his experiences of British politics and his love of all things Portuguese.
His personal site is chriswimpress.co.uk and he tweets when he can be bothered.

I was pretty impressed by this book. It really wasn’t anything I expected at all. In fact I was apprehensive of picking it up, because it didn’t sound all that appealing to me. But then I ended up with a little bit of free time in my reading and decided on starting this book. I was in the mood for something different. I needed a change of pace and boy was I glad that I decided on Weeks In Naviras.

It started off slow and I had one or two moments where I was about to give it up for a bad job, but just like that I was pulled in. I loved the jumps in time, how the story flitted from the past to the present to the in-between. It made the story seem more real, because the memories of the main character jumped off the pages and engulfed me with the emotions. Chris Wimpress writes an amazing female protagonist. She’s strong and wilful and she makes her own decisions. It’s rare that I find I like female protagonists when they are written by male authors. But Eleanor was refreshing. It didn’t take her long to figure out where and when she was. It definitely didn’t take her long to figure out that her husband is involved with some of the most dangerous terrorists ever. And when she found out, it definitely didn’t take long for her to kick his ass. Eleanor is a woman that we all can look up to.

The background and setting of the story was amazing in itself and I really wish Naviras really existed. It would be the perfect hideaway holiday destination. Whilst reading the parts in this book about Naviras, I really wished I was lounging at that beach bar, overlooking the ocean with a book in one hand and a cocktail in the other, or helping Lottie prepare a meal and set tables in the guest house. I’ll never know how accurate the descriptions of London and the surrounding places were, but I thoroughly enjoyed reading all of it.

I was pleased that this book made me think instead of just doing the thinking for me and throwing theories out all over the pages.

You can find this book by clicking on the following handy links: