So my last post for today is a review of a fantastic vampire novel. I’ve been quite delayed in getting this review up but it’s up now. 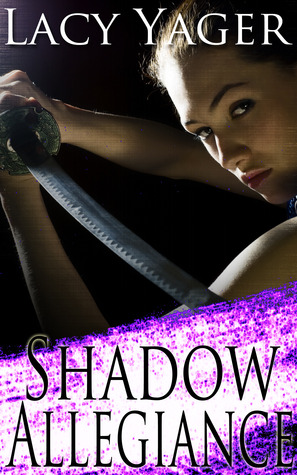 A vampire hunter-turned-vampire seeks to destroy her enemies. Until she falls for one of them.

A Chaser born to kill vampires, sixteen-year-old Rachel Campton has grown up in her older brother’s shadow. Until she wakes up a vampire, her own mortal foe. She’s stronger, faster than her human self, but haunted by bloodlust and the loss of her beloved younger sister. Friendless and lost in enemy territory, Rachel must rely on Alex Wellington, a former nemesis and centuries old vampire who looks like a college football player.

As Rachel goes deep into vamp territory, she learns there is more to the vampire life than killing humans. She also discovers another side to Alex. He is more than a murderer, he is someone that she starts to fall for. Rachel faces the ultimate choice–her new life and unexpected love or the family she left behind, the family that may now want her dead.

LACY YAGER is a pseudonym for Lacy Williams, who also writes Inspirational romance under that name. As the oldest of three siblings, Lacy exhibits most of the typical first-child characteristics and has always loved to boss around her younger siblings. Now that she’s married with two kids and three dogs, she has plenty of people to play house with!

During high school, Lacy completed the course WRITING FOR CHILDREN AND TEENAGERS from the Institute of Children’s Literature. After she graduated college, Lacy got serious about her writing career and joined the American Christian Fiction Writers. When presented with the opportunity to write mainstream YA with her younger sister, Lacy couldn’t say no.

I was so disappointed in myself when I started reading this book. Not because of the book, but because I’ve haven’t read the first book in the Unholy Alliance series. This was a vampire book of a completely different calibre than to those I’ve read before and I was taken aback at how much I enjoyed the book.

We have a Chaser (Vampire Hunter) who turns into the one thing she hates the most. A Vampire. We have Alex, the Vampire with a heart of gold, who’s been through what Rachel has been through quite a while back (200 years to be exact).

Despite the fact that I haven’t read the first of the books, the story flowed and grasped me and I didn’t expect that because the whole vampire thing hasn’t pulled me in for quite some time. But this book put it in a whole new perspective for me. It had so many angles that went well with the book. Family struggles, friendship struggles, some computer hacking as well as romance.

I enjoyed the fact that the story is told through so many different perspectives. I felt like I got to know each of the characters like they were right there in the room with me and nothing was left undiscovered. With all the twists and turns in this book, it’s hard to put it down and leaves you wanting more. I really can’t wait to read more of Yager’s writing because it is so magnificent. She pulled in another fan and I’m not going anywhere.

You can find out more about this book by clicking on the following handy links:

So Bookishlovers, hit me up here and tell me, what vampire books are your favourite?