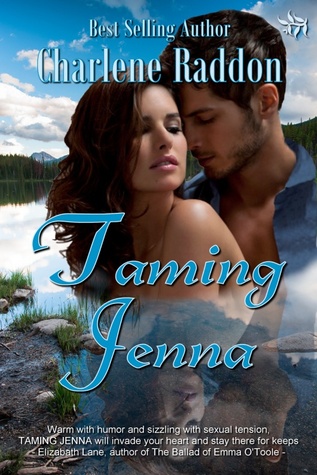 The Wrong Man
Deserted by her good-for-nothing father at the tender age of seven, Jenna Leigh Whittington taught herself to ride, shoot, brawl…and steer clear of the opposite sex. But now, in a lonely Utah canyon, the Pinkerton agent has drawn her six-gun on a rugged stranger — only to discover that, far from the dangerous outlaw she’s been tracking, he is Branch McCauley, hired gun . . . and the most irresistible rascal ever to tempt and torment a woman.

If there’s one thing McCauley trusts less than a female, it’s a female that packs a six-gun. Vowing to bring the sensuous hellcat to heel, McCauley has no inkling that their passionate battle of wills has just begun. Taming Jenna will be the most seductive — and satisfying — job he’s ever taken on . . .

You know how I like my heroines? Headstrong, kick-ass and doesn’t take any crap from a man. And that’s exactly what Eugenia Leigh-Whittington or Jenna, is. And honestly, it’s what drew me to this book. She was so awesome. Independent and strong, she sure as heck doesn’t need a man around her, trying to get her to marry and pop out some babies. She’s on a mission to find her father and she’ll play bounty hunter on the way.

I have to say there were a few parts in this book that had me in complete stitches, especially where she has a very sexy gunslinger drop his drawers and show her his bottom. She’s dressed as a boy and he’s none the wiser, which makes for some very funny reading. Granted when the very sexy gunslinger Branch McCauley, figures out she’s a woman, he doesn’t plan on letting her out of his sights, especially since they are after the same man.

Charlene Raddon impressed me with her historical writing, and I felt like I had been transported to the past. It was a nice change to have two extremely headstrong characters in the same book, though I was doubtful as to how it would work out, but Raddon managed to make thrilling scenes with both characters. And the twists in this book just had me going. The minute I thought I had it figured out, it was something different entirely.

A fun and light read, it’s perfect for curling up on the couch or in bed at the end of a long day.

You can find this book by clicking on the following handy links.