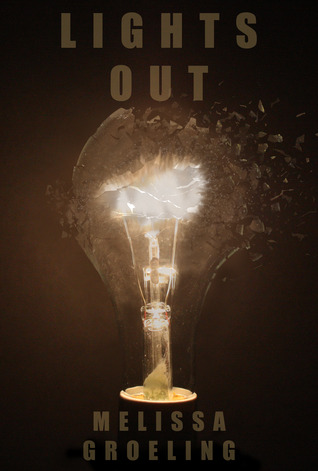 Even when the lights are out, he can still see you…
Paul Holten’s profession doesn’t leave much room for doubt or conscience but he’s reaching his breaking point. The nightmares are getting worse, the jobs are getting harder to finish and the volatile relationship with his boss, Aaron, is falling apart. Now faced with the possibility of an impending death sentence, Paul makes the fatal decision to run. Drawn into one hellish situation after another, he’s forced to confront his dark past—and wonder if perhaps dying isn’t the better option.

Disclaimer: I received this book from the author in exchange for an honest review. All opinions expressed are my own.

I’ve been in a slump for the past few days. My brain didn’t feel like reading, so I went through a daze, struggling to get lost in a book, which is something I enjoy immensely. But then I started reading Lights Out, and all of a sudden, I was out of the slump. This book gripped me and pulled me in from the first sentence, it might be because it’s not a romance novel, (and I’ve read a ton of romance novels this past year) or it might be because this book was so intense. It had me on the edge of my seat, goosebumps running up and down my arms, and it kept me up for the better part of two nights.

Melissa Groeling created a thrilling story, with in-depth characters and a plot that, at times, disgusted me, but mostly just broke my heart severely and in several places. It broke my heart because the situation is something that we all know is happening out in the real world, and that’s a very scary thought. I’ve never read a thriller that had me in tears, so many times.

Our main character, Paul, is basically a hitman, and his boss, Aaron, is just psycho. Paul wants out, but Aaron dredges up his past, reminding our hero that he is his property. But the last straw has been drawn when Aaron gives Paul a present which sends him straight back to his past, and Paul decides to take the gift and run. Not a completely dumb move, but Paul underestimates just how much power Aaron wields. Not to mention all of the other people that are after Paul and the present Aaron gifted to him. There were times, especially close to the end, that I was certain the poor guy wasn’t going to get a break. Add in one heck of a creepy character, who just won’t die, and who has told Paul that he will be the one to kill him, and you really get to wondering why Paul doesn’t just blow his own head off. But kudos to Paul, because even though his death is a sure thing, he still goes and saves the day.

As I said before, this book had me on the edge of my seat. I struggled to put it down and it was all I could think about for days after reading it. I’m pretty sure this is a book that will stay with me for a long time and it definitely warrants more than a couple of rereads.

You can find this book by clicking on any of the following links. And buy, buy, buy it!!!! Because it’s definitely worth a read!
Goodreads
Barnes&Noble
Amazon (Kindle)
Amazon (Paperback)
Kalahari.com

2 thoughts on “Lights Out by Melissa Groeling **Review**”