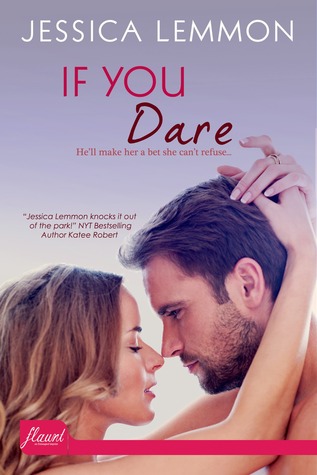 SHE’LL MAKE HIM A BET… Lily McIntire is sick of losing every office wager to her overly cocky—and yeah, devilishly handsome—coworker, Marcus Black. After a few too many tequila shots, and a taunt from Marcus that she’s a wuss, Lily lays down a bet he can’t refuse: One night in the abandoned and spooky Willow Mansion alone for his recent office win, a trip to Hawaii.

HE CAN’T REFUSE… There’s only one thing Marcus wants more than his upcoming vacation to Hawaii; it’s to take his sexy coworker on a real date. Every time he’s tried to get close to Lily, she’s shut him down cold. Too bad the sexual tension has hit the boiling point. Now, he’ll have to scare her out of the mansion if he has a prayer of taking her out any time soon.

UNTIL ALL BETS ARE OFF… But in between trying to scare Lily out of her pants and get his hands into them, Marcus realizes there’s more to the mansion than either of them counted on. Suddenly, it’s not just he and Lily that are going “bump in the night”.  If they manage to survive the night and escape the mansion unscathed, can they survive each other in the light of day? Or will what happens at Willow Mansion stay at Willow Mansion?

Disclaimer: I received this book from the publisher in exchange for an honest review. All opinions expressed are my own.

I love a story that manages to give me goosebumps and “aww” moments all at the same time, and If You Dare managed to do just that.

I loved that the tables were turned in this one. Instead of girl-likes-boy-but-doesn’t-have-the-guts-to-tell-him, it was more like girl-thinks-boy’s-a-douche-and-shouldn’t-be-alive. With a male character that has been crushing on the female character for two years, this story had some interesting twists.

When Marcus Black dares Lily McIntyre to stay in a haunted house for a whole night on Friday the 13th, she accepts, because if she wins, she gets a trip to Hawaii and if she loses, she has to go to an awards dinner with Marcus. But Marcus has other plans. For one he really cares about her, and having her lose the bet is a sure-fire way for him to get a date.

When Marcus’s plans go awry, we find the characters stuck together in the haunted house. Throw in some weird sounds, a strange blackout, and a man who can make you feel safe, well, you can all guess where that leads. Then you put in a ghost or two and you are well-spooked, yet pleasantly romanced.

This is a definite must-read.

You can find this book on Goodreads, Amazon and Barnes&Noble