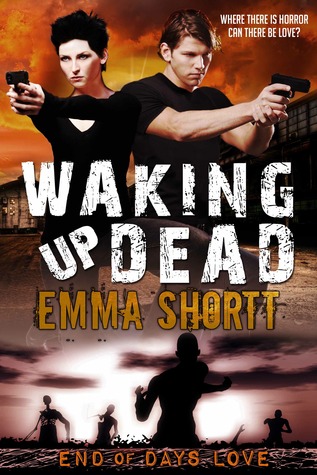 Zombies, romance, a sexy guy and a kick-ass heroine? It has to be Emma Shortt’s brilliantly written Waking Up Dead. I’m telling you Emma Shortt sure knows how to write zombies.

You know your life has hit rock bottom when you’re living off cooked rats and showering once every few months—if you’re lucky. But for Jackson Hart things are about to get a whole lot worse. When her best friend, Tye, disappears hunting for food, kick-ass Jackson’s ‘head south to safety’ plan looks like it’s dead before it’s even begun. But then she meets ex-mechanic Luke Granger, who takes her to his bunker, feeds her with non-rat based food, and offers her protection against the zombie hordes—not that she needs it. She knows how to use a machete and isn’t afraid to.

Jackson might have been tempted to stay in the city with her rescuer. Food, shampoo and the possibility of finally getting laid, what more could she ask for? But the flesh eaters are getting smarter and when the bunker is compromised, Jackson and Luke have no choice but to make the journey south.

Luke and Jackson team up to find other humans in a road-trip romance for the ages. Travelling for thousands of miles with zombies shadowing their every move they must utilize every resource at their disposal…and then some. On the way, they discover that even if flesh eating zombies are knocking down their door, there’s always time for sex and maybe even for love.

Sure sounds good right? Let’s get on the the good stuff now. Yes, I am talking about my review.

I liked it so much, I am rating it: 5 glasses of wine!

Wow. That was the word that went through my mind with every word that I read. I love all things zombie, and this book did not disappoint. To tell you the truth, I actually kicked myself when I finished reading it, because I was so convinced this was going to be a rip-off of The Walking Dead that I had convinced myself it won’t be as good as The Walking Dead  before I even started reading it. But boy was I wrong.

Emma Shortt amazes us with her writing style and plot twists. She manages to create a heroine that I am not ashamed to admire. Sure, it’s the zombie apocalypse, if you don’t learn to kick-ass, you die, but she makes Jackson (the heroine) so awesome at kicking zombie butt, it makes the guys in every zombie movie look like a bunch of wimps.

Jackson has been travelling on foot for the past two years, to makes it to what she hopes is a camp of survivors in Texas. She loses her friend Tye along the way, but it’s okay, because we are introduced to the lust-worthy, Luke Granger.

These two characters provide enough sexual tension to make any normal person combust, as they journey toward Texas together and when they finally come together, zombies be damned. The characters are fresh and fun, providing a read filled with everything you would expect from a budding romance in the post-apocalyptic world.
Emma Shortt gives the typical zombie a twist. She provides the theory that zombies are becoming more intelligent with each passing day. They are plotting and planning, working in packs and forming hordes, to satisfy their hunger. Something which I am sure will be the topic of many debates to come.

Waking Up Dead was the source of some pretty weird dreams for me the past week, and it gave me chills as I sat reading it. It definitely had me gasping out loud at some pus-filled zombie scenes, but reading Luke’s POV when he first sees Jackson, more than makes up for it.

“Jesus Christ it was a woman, her ass outlined in flimsy purple panties, running almost as fast as he, straight into the local rec center.”

I’m pretty sure the purple panty revolution will be starting one of these days. Because we wouldn’t want to be caught wearing ratty, off-white panties when a bunch of zombies are chasing us, now would we?

All in all, Emma Shortt amazed me, not only with her story, but with her way with words. This book is wonderfully written and kept me in suspense. In fact, I am still in suspense, because I NEED to know what happens next. I’ll be waiting patiently for the next book, but until then, from one zombie-freak to the rest of the world, you do not want to miss this! 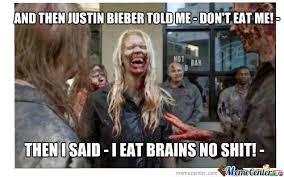 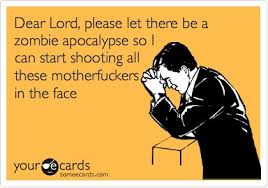 Also Emma Shortt is having a giveaway on her website where you can win an awesome Zombie Survival Kit. Enter it here.

UK readers can buy it here at Amazon.co.uk.

And I am so happy to announce that my fellow South-Africans can also buy this book right here at Kalahari.com!!!!

5 thoughts on “Waking Up Dead by Emma Shortt”